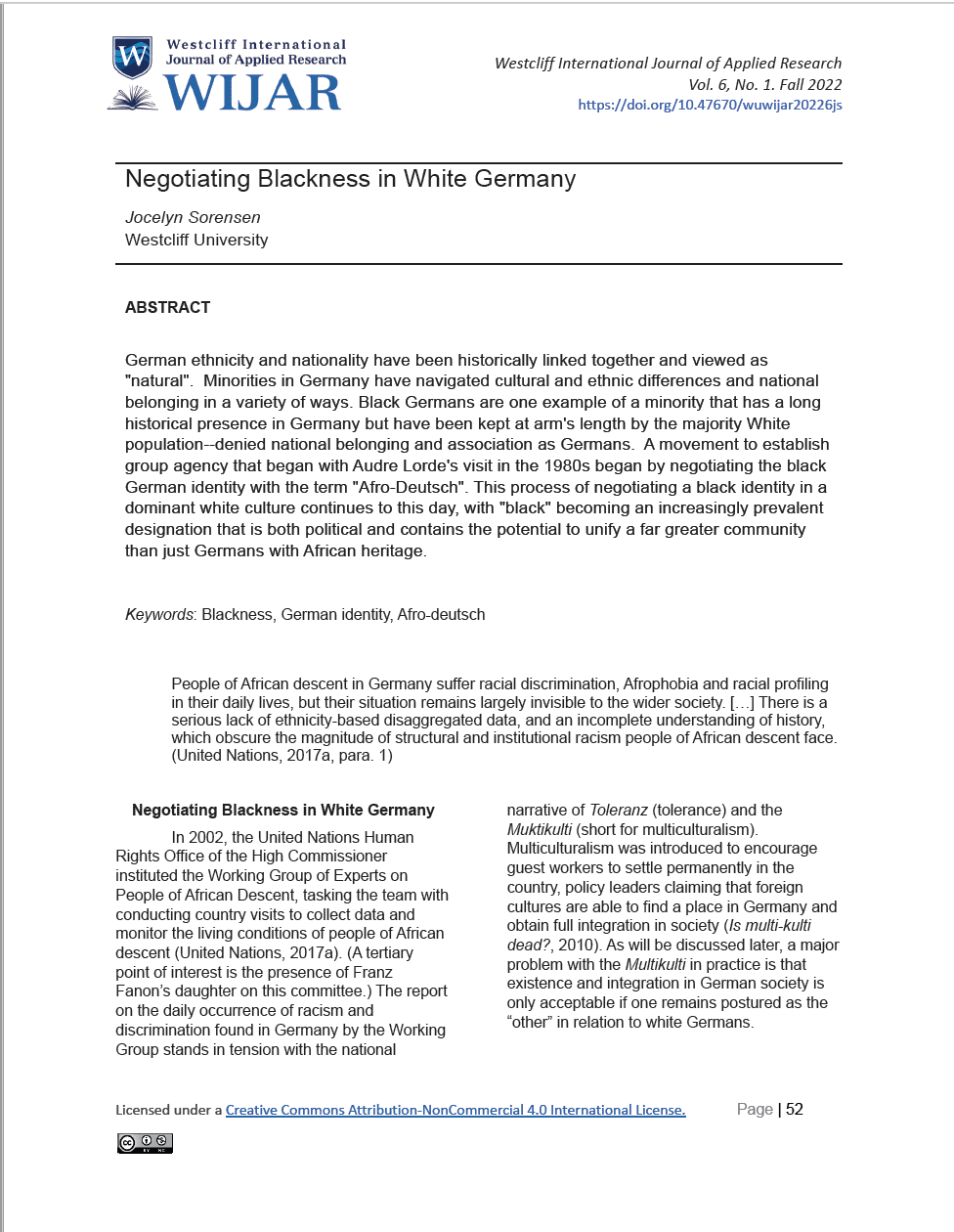 German ethnicity and nationality have been historically linked together and viewed as "natural". Minorities in Germany have navigated cultural and ethnic differences and national belonging in a variety of ways. Black Germans are one example of a minority that has a long historical presence in Germany but have been kept at arm's length by the majority White population--denied national belonging and association as Germans. A movement to establish group agency that began with Audre Lorde's visit in the 1980s began by negotiating the black German identity with the term "Afro-Deutsch". This process of negotiating a black identity in a dominant white culture continues to this day, with "black" becoming an increasingly prevalent designation that is both political and contains the potential to unify a far greater community than just Germans with African heritage.