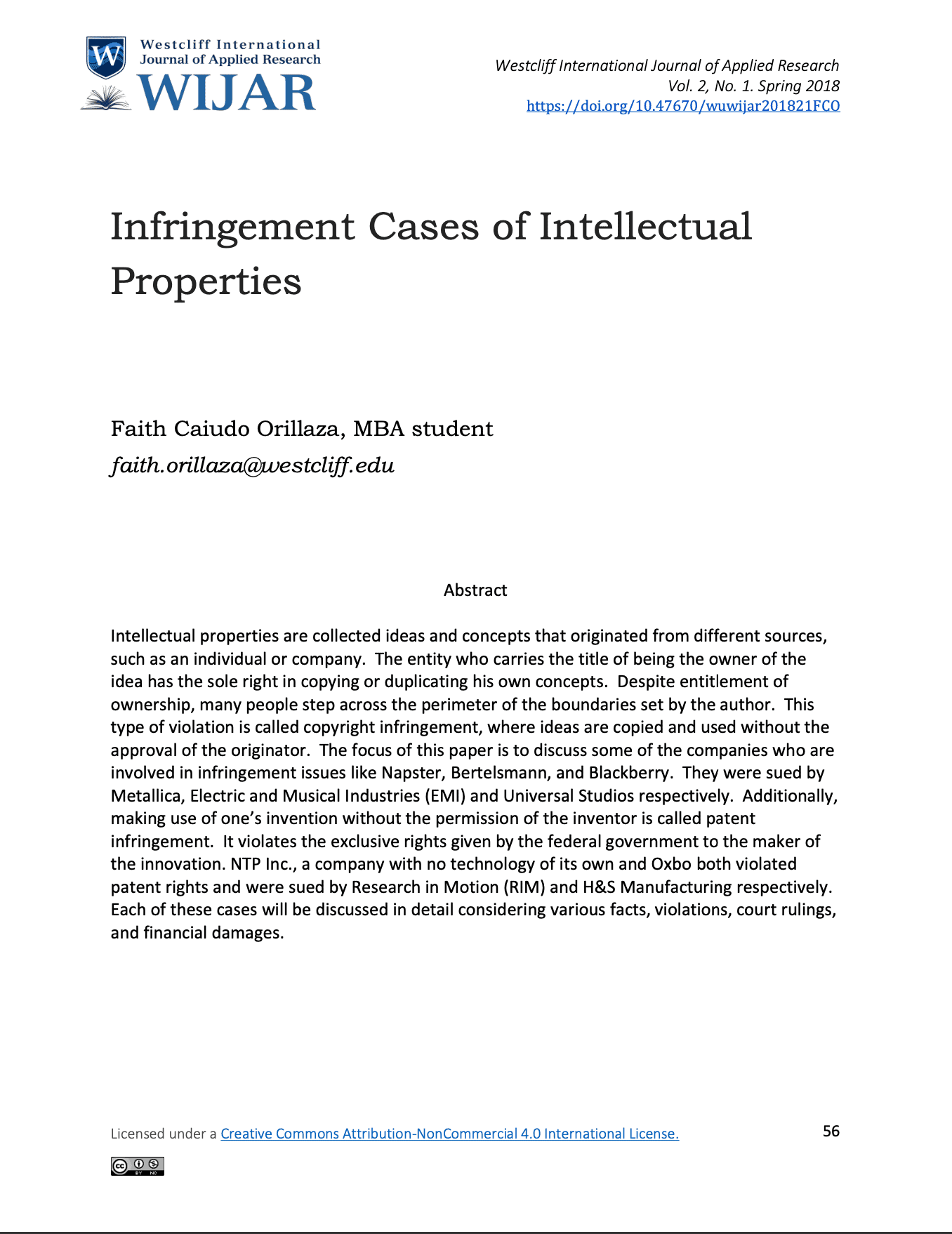 Intellectual properties are collected ideas and concepts that originated from different sources, such as an individual or company. The entity who carries the title of being the owner of the idea has the sole right in copying or duplicating his own concepts. Despite entitlement of ownership, many people step across the perimeter of the boundaries set by the author. This type of violation is called copyright infringement, where ideas are copied and used without the approval of the originator. The focus of this paper is to discuss some of the companies who are involved in infringement issues like Napster, Bertelsmann, and Blackberry. They were sued by Metallica, Electric and Musical Industries (EMI) and Universal Studios respectively. Additionally, making use of one’s invention without the permission of the inventor is called patent infringement. It violates the exclusive rights given by the federal government to the maker of the innovation. NTP Inc., a company with no technology of its own and Oxbo both violated patent rights and were sued by Research in Motion (RIM) and H&S Manufacturing respectively. Each of these cases will be discussed in detail considering various facts, violations, court rulings, and financial damages.