Discussion and Implications for Practice: Women Student Veterans and their Sense of Identity, Belonging, and Voice in Writing Courses and through Writing Assignments 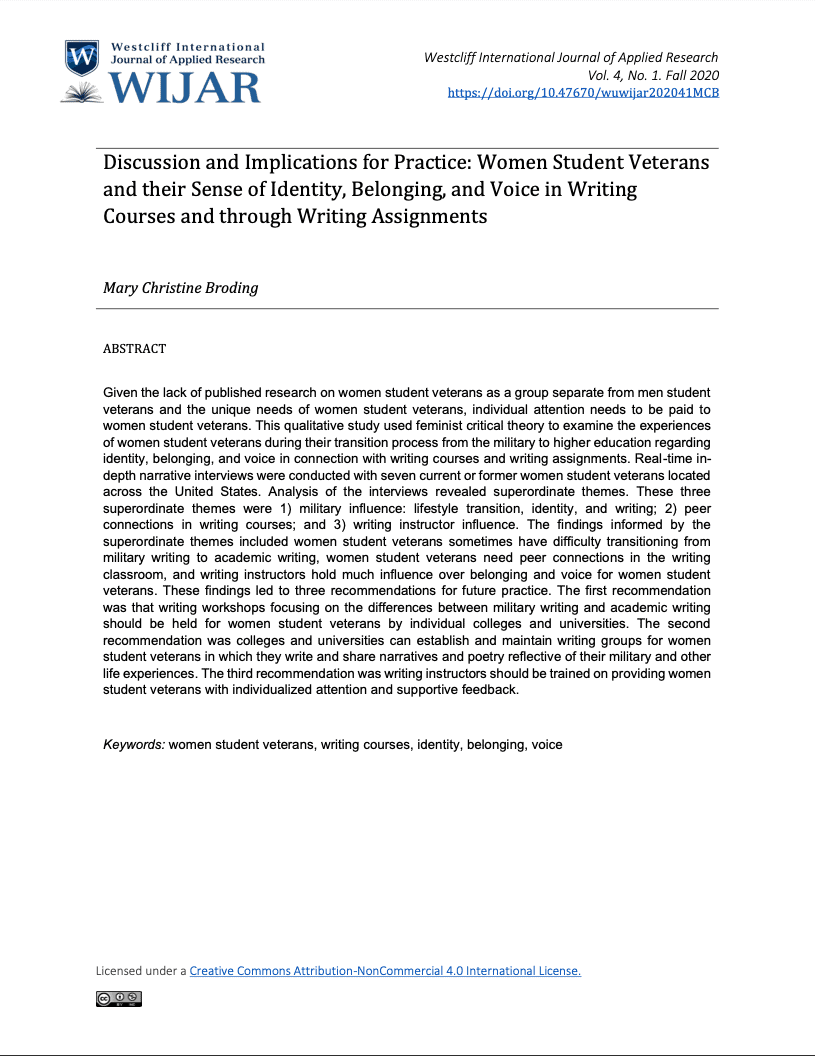